Tomorrow's the big day! I'm awfully excited to get Sparky 2.0. The last week or two have been rough, and the thought of getting this slow heart rate fixed is AWESOME.

Today I went to UWMC to get some blood tests and have a venogram. A venogram (I learned today) is basically the long, convoluted way docs have to look at my arm for the remainder of my blood clot, because I can't go in an MRI ( because of Sparky). I asked what would happen if they did put me in an MRI? Would Sparky be ripped out of my chest?? I think I saw a House episode where that happened. The truth is much less cool. The metal in Sparky would mess up the MRI picture, and the magnet could screw with Sparky's settings. Hmm, no one would put that on a TV show, I'm sure.

The docs planned to shoot some contrast solution into my left arm and take some x-rays. But after they did that, the saw absolutely no blood was getting through one vein. They said that could be a narrowing of the vein, which happens after defibrillator wires have been in there awhile. So they snaked a tiny catheter up my arm to get a better look. The good news- there is no narrowing and no blood clot! The not so good news- no blood was flowing through that spot because my heart is pumping weakly. Not exactly new news though.

So it was a good investigation. Although I do have a pretty big complaint. This whole thing was supposed to take 20 minutes, but since they had to change plans and do the catheter, I was gone for an hour and a half. I asked someone to go tell Nick what was going on so he wouldn't worry. And no one went to tell him. So poor Nick was in the waiting room, scared to death for over an hour. Nurse that was supposed to go tell Nick= FAIL.

Nick has been pretty anxious about this whole Sparky replacement. We both know it's the best thing, but he just hates the hospital so much. It just shoves this whole situation in his face and it just overwhelms him with worry. I'm so lucky to have a great husband to help me through this mess. I'm convinced that it's much harder to have a loved one be sick than to be sick yourself. At least I feel informed and well taken care of during procedures. Nick is left in the waiting room, sweating it out. It's not just not cool.

I also know my family and friends worry out about stuff like this, and I appreciate you all caring so much. Thank you! But do realize this stuff doesn't really stress me out anymore. It feels pretty routine nowadays and I can see past the uncomfortable bits to the part where I'm going to feel better soon!

We'll be at the hospital at 10:45 tomorrow morning and then they'll whisk me off to get ready about 11. The surgery should take 4 hours, but knowing my spazzy veins, I wouldn't be surprised if it went long. I will make SURE that someone goes out to update Nick and Mom this time. No excuses, just do it.

I'll ask Nick to send out an update when Sparky 2.0 and I finally meet! I'm sure I'll be woozy and not feel up to my journalistic duties.

Thank you for all the prayers, well wishes, good thoughts and hugs you've all sent! They will make an excellent love blanket that I can feel around me when I'm in that operating room. It's freakin cold in there. : ) 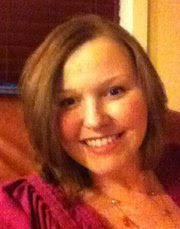